This year’s Goodwood Festival of Speed saw some of the all time great Land Speed Record cars on display . As well as the new Bloodhound which is aiming to reach 1000mph in 2015 there were a number of icons of the race for speed including two cars driven by Sir Henry Seagrave’s  the twin engined 1926 Sunbeam which cracked the 200mph barrier and the stunning Golden Arrow which took the record up to 231 mph on Daytona Beach in 1929. Both cars came from the National motor museum at Beaulieu. 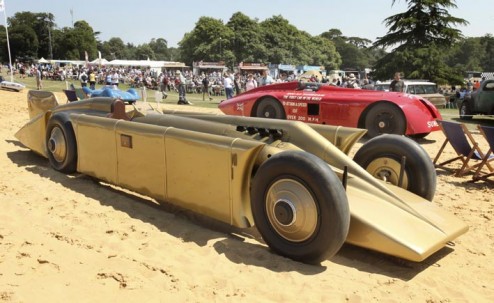