James has just launched an exhibition of photographs and canvases at the Royal Automobile Club’s Hanging Room  in Pall Mall London .Featured images include photos from the award winning book ‘The Art of the F1 Race Car’ as well as a selection of motorcycle pictures from his ‘Bonneville Portrait of a Legend’ hard back published last year.James has had a long association with the club photographing events for them including the London to Brighton Veteran car run and the more recently conceived Future car challenge for fuel efficient vehicles.New work introduced at the show includes a series of striking large pop art canvasses which opened the exhibition.The work can now be seen at the RAC country club ,Woodcote Park in Epsom. 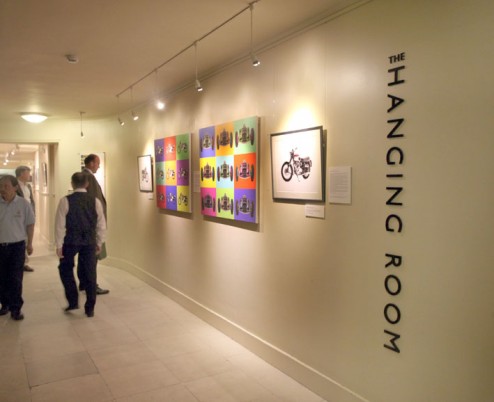