I’ve just been writing and photographing a story about the amazing line up of Group B rally cars at Race Retro in Stoneleigh Park. Introduced in 1982 as a replacement for Group 4, group B was conceived to cut red tape with limited regulations to encourage more manufacturers to join the WRC.

Combining four wheel drive with the immense power from turbo-charging proved irresistible to a legion of loyal fans who still love these cars more then thirty years on after the series was cancelled in 1986 following the tragic death of Henri Toivonen’s and his co-driver Sergio Cresta in a Lancia Delta S4 on the Tour de Corse rally. 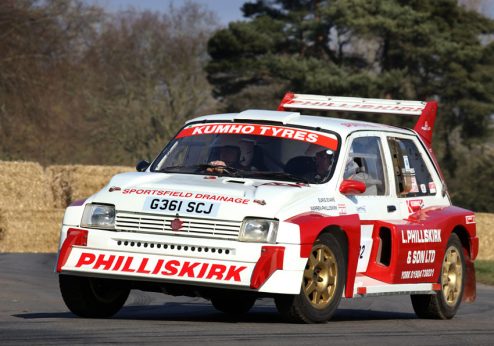 Patrick Head turned the lack lustre ugly successor to the Mini ,the Metro, into a British rally icon. The 6R4 was created in 1985 out of pretty much thin air by Williams Grand Prix engineering who did much of the development work. 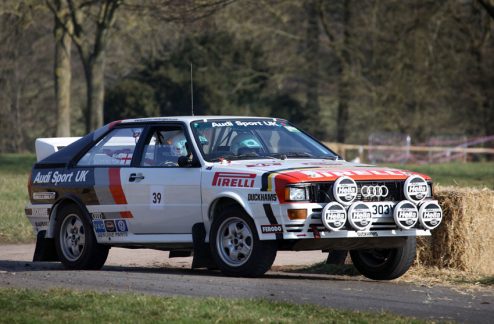 The Audi Quattro was a game changer on the world rally scene. When the rules changed to allow four wheel drive cars into rallying many thought they would be too complicated and heavy to be competitive but this was quickly proved wrong when a Quattro won on it’s first time out at the Austrian round of the European Championships. 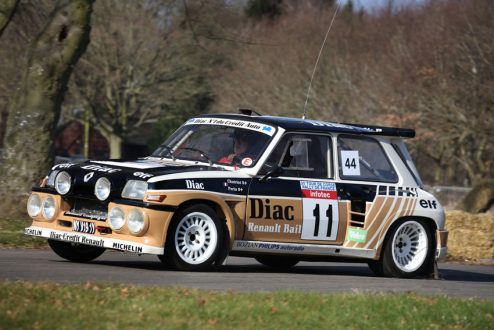 Designed by Bertone’s Marc Deschamps, the Renault Five Turbo was initially launched into the Group 4 rally scene and proved competitive with Jean Ragnotti winning the 1981 Monte Carlo rally and 1982 Tour de Corse.There were upgrades for Group B with increased engine power from 210 and then to up to 285bhp and the introduction of the 1527cc engine with the Maxi Turbo in 1984 . 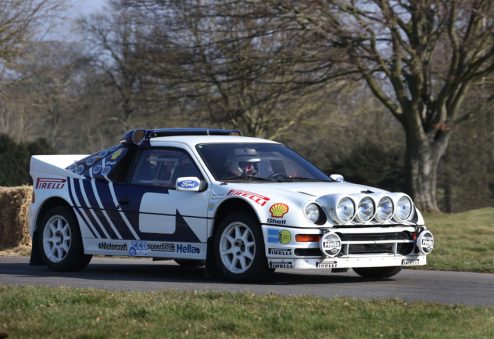 One of the iconic of all the Group B cars is Ford RS200.The brainchild of new Ford Motorsport boss Stewart Turner, the body was penned by Ghia in Turin, F1 engineer Tony Southgate designed the chassis suitable for the four wheel drive and Bryan Hart tuned the dry sump aluminium engine to deliver almost 450bhp. 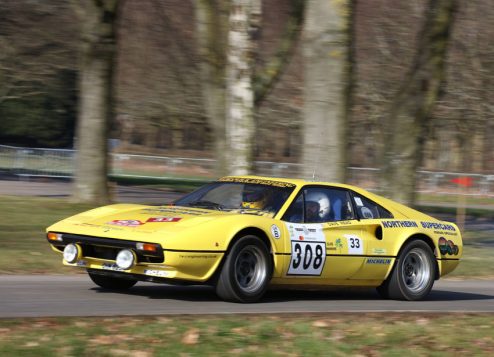 This 308 wasn’t an official Ferrari Group B project in the UK but Michelotto had built four 308s to rally spec’ for the Italian scene.This British car,whcih still runs today with original driver Tony Worswick, competed mostly in the tarmac rallies 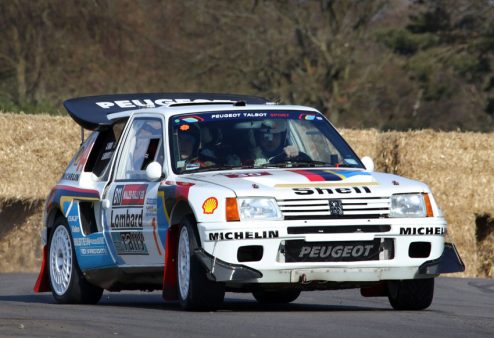 Peugeot 205 T16s were the most successful Group B cars to compete in the final years of the World Rally Championship’s series, winning the 1985 and 1986 championships with Timo Salonen and Juha Kankkunen. The T16s were built using a standard 3 door body shell cut in half creating a rear bulkhead and a brand new tubular and sheet steel space frame at the rear of the car to house the mid mounted engine and gearbox.