Tom Falconer is one of most respected Corvette specialists in the world and between us we’ve had published no less than seven books on the marque.So when he told me about a re-creation he was building of one of Corvette originator Zora Arkus Duntov’s test cars I knew I wanted to shoot it.Based on a 1954 C1 chassis ,the car featured a 327 cu’ in’ V8 rather than the rather underwhelming straight six and competed in numerous speed trials at Daytona beach. Tom is based in Kent and with no drive-on beaches to be found we used all our resourcefulness to come up with this great location. 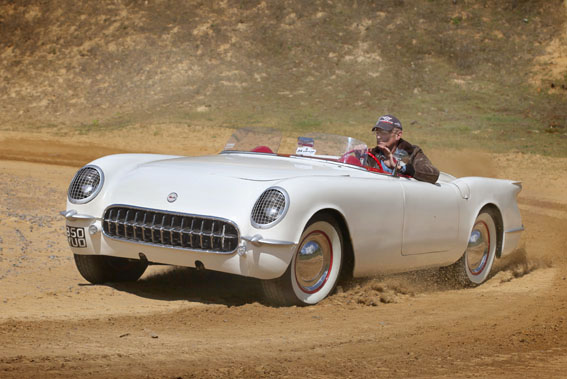